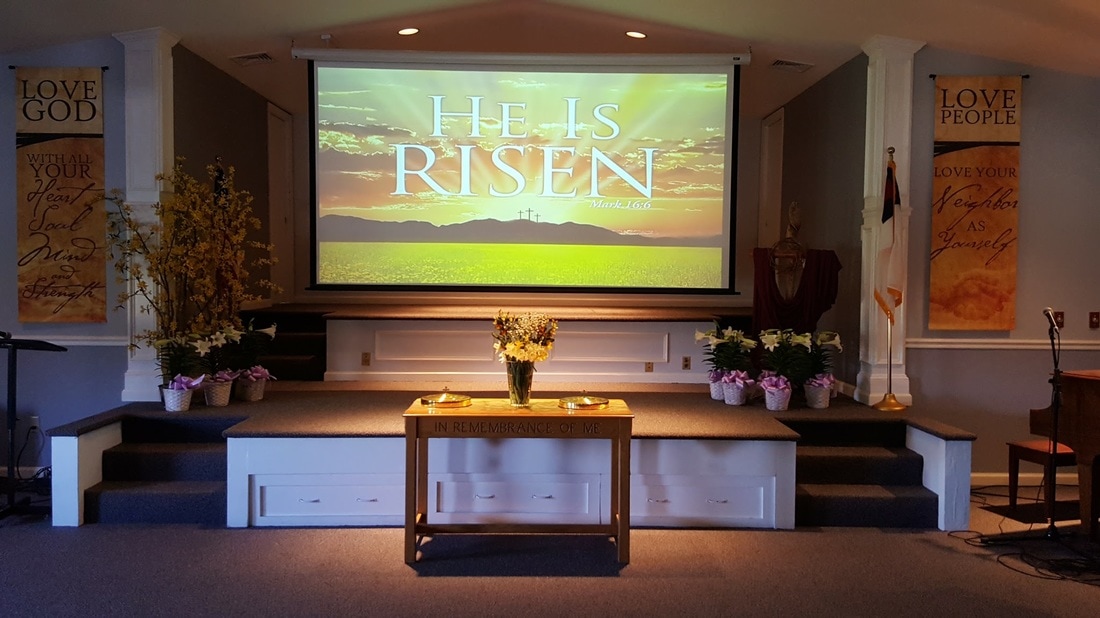 Why I Believe the Resurrection Happened
The Message of the early Christians did not evolve.
It is not a Myth that grew over time.
Historically, the Gospel was the same from day one...
It was about WHO Jesus was and What HE DID.
Incarnation (God in the flesh);
Sacrificial Death;
Resurrection

Since the message was the same starting from the date of the resurrection-- There are basically 3 possible explanations about the Resurrection— a trilemma.

Option 1. Conspiracy: The Disciples made up the story
Not likely... Chuck Colson, a Nixon aide who went to jail for the Watergate cover-up, explains it the best:

“I know the resurrection is a fact, and Watergate proved it to me. How? Because 12 men testified they had seen Jesus raised from the dead, then they proclaimed that truth for 40 years, never once denying it. Every one was beaten, tortured, stoned and put in prison. They would not have endured that if it weren’t true.
Watergate embroiled 12 of the most powerful men in the world— and (when threatened with jail) they couldn’t keep a lie for three weeks. You’re telling me 12 apostles could keep a lie for 40 years? Absolutely impossible.”
― Charles Colson

Option 2.  Delusion: The Disciples wanted it so badly they created the story in their minds.
Again, not likely.
One of the things that amazes me about the disciples is how varied they were in background and personality. Mass delusion as an occurrence is extremely rare and usually connected to hysteria of a group who are very similar.  Also the disciples were remarkably calm and effective.  Not behaving in hysterical ways.
The greatest argument against mass delusion is the conversion of the Apostle Paul.  Saul of Tarsus (later called Paul) was a learned Jewish scholar who was a complete skeptic.  He persecuted the church, instigating the deaths of Jesus’ followers.  It is hard to explains that he would become the most zealous promoter of Jesus and the Resurrection based on the delusions of those who persecuted.

Option 3. Historical: It Happened
I grew up mostly around Joplin, Mo.  We have now been in New Jersey for over 30 years and still many family and friends wouldn't even consider visiting New Jersey/New York City because of their reluctance to visit a place they perceive as being so different and yet it is in their own nation.
The Apostles were steeped in religious Xenophobia— that is a fear and disgust of all things non-Jewish.  They prayed everyday thanking God that they were not born a Gentile.  All their religious training taught them that non-Jews were disgusting dogs.
Their world revolved around Jerusalem and the Temple.  They had no use or interest in anything away from their own people.

So what would change these provincial minds to become world travelers to serve those they had been trained to hate?
A complete reversal of attitude of all the disciples is evidence of how deeply the Crucifixion/Resurrection Events changed them.  Add to this the persecution they received for taking this message to foreign cultures adds to the credibility of their belief.

Other Evidence for the Reliability of the New Testament
In my lifetime, the most of the prolific Christian Apologists have been skeptics who had become convinced by the evidence that the New Testament is the accurate reliable record of Jesus’ birth, life, death, and resurrection.
Lee Strobel describes himself as a very reluctant believer.  A journalist and a graduate of Yale Law School had become an award winning investigative reporter for the Chicago Tribune.  He decided to attack the New Testament as a lawyer examining the evidence.  The result was he has become of the greatest proponents of the reliability of the Scriptures!

Lee Strobel’s recent book, The Case for the Real Jesus: A Journalist Investigates Current Attacks on the Identity of Christ presents a number of counter-arguments to those who challenge the belief in Jesus’ historical resurrection.
The book is divided into 6 Challenges:
Challenge #1 "Scholars Are Uncovering a Radically Different Jesus in Ancient Documents Just as Credible as the Four Gospels" with Craig A. Evans, PhD
Challenge #2 "The Bible's Portrait of Jesus Can't Be Trusted Because the Church Tampered with the Text" with Daniel B. Wallace, PhD
Challenge #3 with Michael Licona, M.A., PhD (Cand.)
Part 1 "New Explanations Have Refuted Jesus' Resurrection"
Part 2 "The Cross Examination"
Challenge #4 "Christianity Beliefs about Jesus Were Copied from Pagan Religions" with Edwin M. Yamauchi, PhD
Challenge #5 "Jesus Was an Impostor Who Failed to Fulfill the Messianic Prophecies" with Michael L. Brown, PhD
Challenge #6 "People Should Be Free to Pick and Choose What to Believe about Jesus" with Paul Copan, PhD

Each of these objections to Christianity is addressed thoroughly in this book.

Other skeptics who became believers & writing apologists include C. S. Lewis (author of Mere Christianity), Josh McDowell (Evidence that Demands a Verdict), Frank Morrison (Who Moved the Stone?) and Sir William Mitchell Ramsey (numerous books on the early history of the church.)